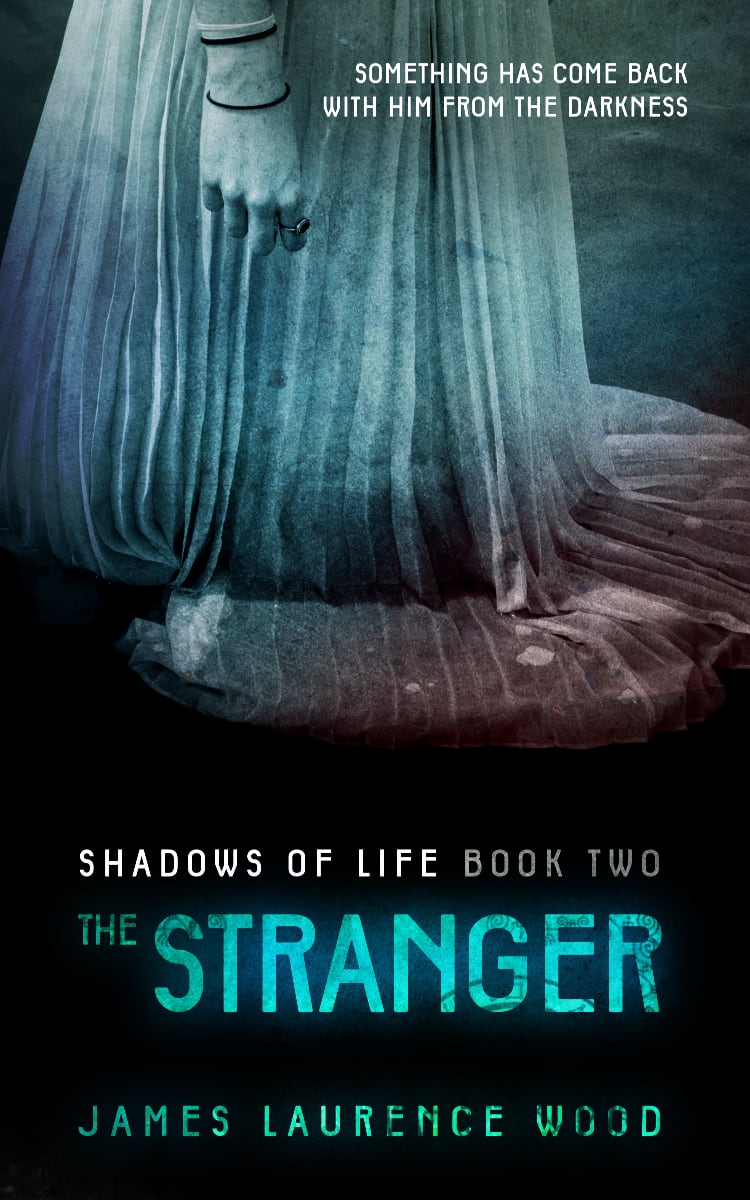 Something has come back with him from the darkness.

The village of Darrow's Fell has become a community of fear and mob justice. But somebody is pulling the strings from the shadows, somebody driven by an obsessive fear of their own death.

Alec came to Darrow's Fell to get an old friend out of trouble, but has instead found himself stumbling headlong into a world he doesn't understand. And in the deepest shadows of the Dark, something has escaped; something that should never have been allowed to get free. Something that brings the end of days in its wake.

As Renton opened the door, he heard her screaming. For the briefest of moments, she sounded like Lucy, drowning in pain and terror under the earth. But it was the pale face of Eliana Sambeth that greeted him as he entered the single room on the top floor of the Future Planning Directorate.

The room was called the Safe Room on register by the elevators. The furniture was comfortable, but there wasn’t much of it. The walls, wooden panels throughout the rest of the building, were padded with red leather cushions here. The window was large but reinforced with diagonal struts that divided the thickened glass into diamond-shaped sections. There were no curtain rails. The floor looked like wood but was a rubberised laminate. The one table was circular to avoid having corners, and was bolted to the floor.

This was where Eliana Sambeth lived.

‘Look at her go,’ MacAuley was saying as Renton entered. Stone was already here. Renton supposed that a man who believed he had just days left to live wanted to avoid wasting it with sleep.

Sambeth’s wild eyes met Renton’s and for a moment she froze, almost as though she couldn’t recognise him. Before he had time to react, Sambeth started to wail, low and quiet at first, but rapidly losing control of it.

‘You are too late!’ she screamed. ‘It had to be you to cut it away! It had to be you, but now it’s him. Too late, too late!’ And with that she ran backwards, hitting the edge of the bed and falling onto her back, her body convulsing violently. Renton turned and called for the medics who were permanently stationed in the hallway, but Stone stopped him.

Renton crossed the room to Sambeth’s bedside and leaned over her, placing a hand on the side of her face.

With considerable effort, Sambeth dragged her eyes over to meet his. When he’d seen her in these states before, she had always looked terrified. Whatever she had been seeing around her, however the visions of the future and the present interwove, it overwhelmed her. But nothing had prepared Renton for the bleak despair he saw in her eyes now. She’d gone far beyond fear into tortured resignation. The future she feared most was laying itself out all around her, and they needed to know what it was.

‘Eliana,’ Renton said again, holding her face so she couldn’t turn away. ‘Tell us what to do. Tell us now.’

‘He’s dead,’ Sambeth said, her voice dropping to an injured whisper. ‘You should have killed him, but now he’s dead.’

Renton could feel Stone’s eyes on him. ‘Are you talking about the convergence?’ he asked slowly.

Sambeth’s eyes slipped sideways to where Stone stood at the end of the bed. ‘You killed her, she killed him. What returns is coming for you.’ She looked over to MacAuley. ‘And for you.’ She slowly let her head roll back towards Renton. ‘But not for you.’ She spoke in a different tone now. The others she had been warning, Renton she was pitying.

Her body seized up again, and Stone took a step away to avoid being kicked. Sambeth grasped Renton’s arm and flung it away with surprising force. Her arms flailed around her and, together with her alarming shrieks, gave the impression she was being attacked by an unseen assailant. Her right arm suddenly flew back against the bed, twisted and tense as if pinned down. Her free hand began scraping at the skin around her neck, deep, frantic scratches that left bright red trails across her chest. Her hand ripped open the front of her black dress, frantically searching, fingernails peeling away the top layers of her skin. Finding a spot between her breasts, her nails dug in, releasing a smear of bright red blood.

‘Medics!’ Renton called, moving towards Sambeth to restrain her, but Stone stopped him once again.

‘Wait,’ he commanded, his eyes never leaving the poor woman writhing in the bed. The two nurses who had entered the room stopped dead in the doorway. Sambeth’s fingers scratched away at her chest until they could see only red between the ripped black fabric of her dress. She held her hand up to her face, the blood running to the end of her fingers and falling in thick droplets onto her cheeks. She twisted her face away as if the blood itself was burning her.

Within a heartbeat she was sat upright. It happened so suddenly it looked like she must have been pulled up off the bed by invisible hands. Her eyes, rolled up and sightless, seemed to bulge out of her gaunt face. She looked as close to a ghost as Renton had ever seen a human being look. Wobbling slightly on her legs, she knelt up and turned away from the three men. Her bloodied hand lowered to the white bedspread and began tracing out long, swooping strokes.

‘What is it?’ Stone asked Renton, watching the woman’s back as she drew. Renton took two steps towards the bed, feeling a sudden pang of fear that Sambeth’s blank white gaze would suddenly turn on him. His stomach knotted tight as he saw the word she was writing.

Be the first to know when The Stranger is released