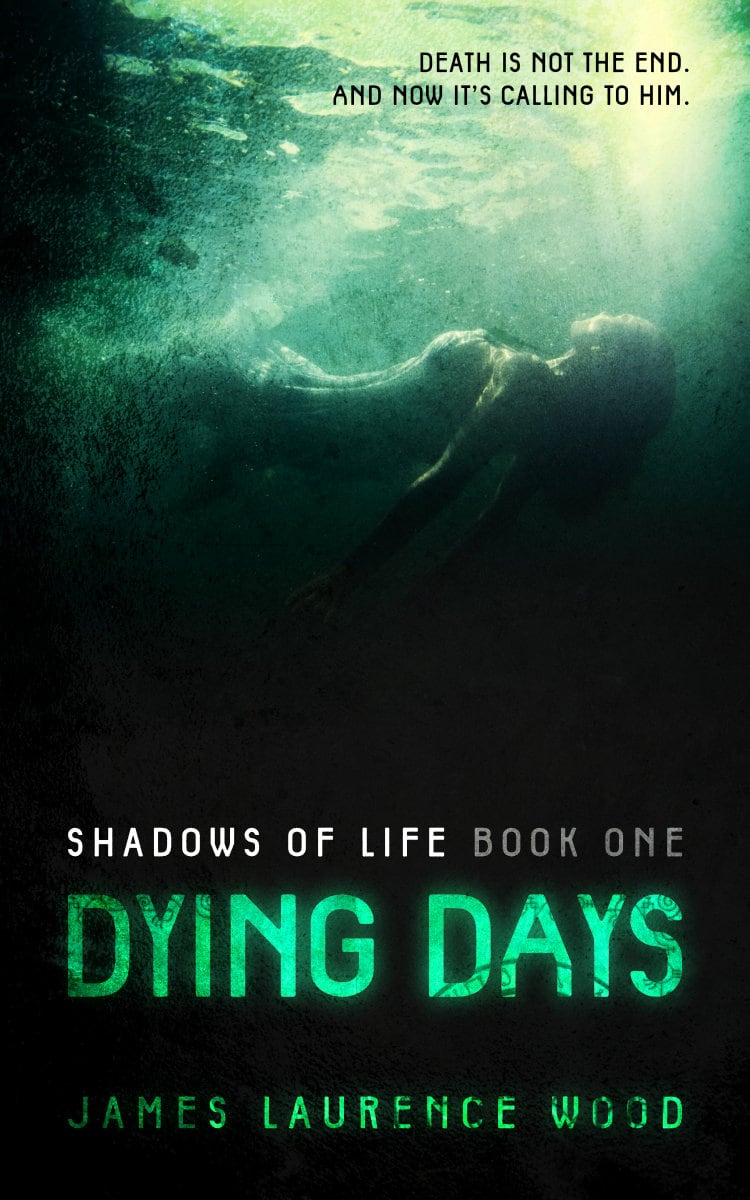 Death is not the end. And now it's calling to him.

There is a man living in the mountains, wanting to die, but knowing he must not. Every day he looks out from his balcony, down to the lake far below, and every night he dreams of the peace it would bring. But the risk is too great. He must make amends. His purgatory must continue.

Out in the winter-dead forest, a man from his past is watching, waiting for the call. Waiting to pay his final debt.

A thousand miles away, Elliott Holt wakes up in a boat on a lake in a forgotten corner of the country. He has no memory of how he got there, just an overwhelming feeling of grief. And by his hand, the name of a girl is scratched into the hull.

The pieces have been set in motion to bring together forces in the world that were never destined to touch, a collision that will reach into death itself and change the very fabric of our existence.

You never see Batman brushing his teeth. I seem to spend my entire life brushing my teeth. I don’t mean that I stand hunched over the little blue sink in our bathroom any longer than most. In fact, I think that I am probably perfectly normal in that regard — the recommended four minutes in the morning and evening, and again after lunch if I’m around. If not, I try to chew some sugar free gum, not those awful fruit flavours, or use some of the floss from that little travel packet that Becca got me last Christmas. All perfectly normal. No, what I mean is that I seem to live in a strange continuum where the time between brushings hangs lax like perished underpant elastic, only propped up by the distinct alone-time ritual of teeth cleaning. Four minutes, twice a day (sometimes thrice) of methodical action and joyous, impenetrable thought.

It was a Monday, of course. For an arbitrarily assigned first day of the working week, an uncommon number of bad things seem to start happening on Mondays. This Monday was my holiday. Becca had suggested that I take a week off in the distinctly un-holiday month of November so that we could finally get that back bedroom painted. Monday morning, the dangerous time; I am a great proponent of teeth cleaning after breakfast, no other way makes sense if you think about it, but Becks always disapproved of me coming downstairs in the morning without having brushed my teeth and would call me disgusting and stinky and Neanderthal and all sorts of other things. I often toyed with the notion of explaining to her everything that was wrong with the idea of a Neanderthal brushing his teeth, but usually came to the conclusion that it wasn’t worth it. Normally, when I was working, I could be down, fed, brushed and out the door before my sweet girl had fully emerged from her nightly cocoon of fragranced pink pillows and fluffy drapey things. But holidays, they were the dangerous time.

I brought my overfilled bowl of Fruit and Fibre to the table and arranged myself opposite Becca, who was busy getting smudgy fingerprints all over yesterday’s style supplement.

‘Did you pick up a spring for that handle in the kitchen?’ she asked. Good morning, love of my life. I responded with a carefully closed-mouthed sound of non-commitment. ‘I told you you’d forget to do it,’ she continued, casting me a sluggish glance in between page turns. ‘I asked you last weekend and you said that you could pick one up on your way home from work.’

A few moments of silence and Fruit and Fibre limped by.

‘It’ll be good to get that bedroom done at last,’ she continued, seemingly at random, but in reality a scarcely veiled comment on my longstanding promise to paint it myself. ‘Amy and Darren have just finished doing their spare room up as a nursery.’ Seemingly at random.

A few more moments. I’d put too much milk in my bowl. The last few raisins were drowning in the semi-skimmed tide. I imagined them crying out for help as I swooped down with my spoon to save them from the depths of Davy Jones’ strangely white locker.

‘I bet you haven’t cleaned your teeth.’

‘No, sweetheart, actually I haven’t.’

Eye roll. ‘For God’s sake, Alec, you’re not a student any more. Just, please, for me, think of your personal hygiene before you come downstairs. We could have had guests.’

‘Well, you see, it’s not even half seven, so unless you’ve invited the milkman in, I think guests are unlikely, and as for my ‘personal hygiene’, I think you’ve — ’

‘Oh Alec, just grow up, would you? Christ, it really shouldn’t be this hard to get your husband to just clean his teeth in the morning!’

I jabbed my finger quite fiercely onto the kitchen table, wrinkling the tablecloth. ‘Of course I clean my teeth, that’s what you never seem to understand, it just doesn’t make sense to clean them before eating a meal. The sugary deposits — ’

‘Alec, please,’ Becca pleaded, changing tack, her magazine closing and her voice taking on that tired, fragile tone that implied that she was struggling to bear the burden of being the only sensible human being in existence. ‘We have so much to do this week. Let’s not start it off with an argument. It doesn’t need one of your academic deconstructions, it’s just me asking you to make sure your breath smells nice in the mornings, okay, like a civilised human being? Now, I don’t think the paint we got can really do the job in one coat…’

Oh, so we’ve finished the argument, have we? Put aside because you seem to have some insane belief that things in the ‘real world’ somehow don’t have to adhere to the rules of rationality and reason. It’s far too much effort for you to actually think things through properly, so we’ll just fall back on that old chestnut ‘common sense’, which if you ask me is merely an alias for ‘lazy lowest-common-denominator assumptions shat into existence from over-exposure to gossip and soap operas.’ The injustice of irrational people screams in my head always.

‘You’re not even listening to what I’m saying,’ she said, entirely accurately. Suddenly her head was in her hands and her voice was trembling. ‘I’m trying so hard, Alec. I’m trying to build us a life here and I just want a little help. That isn’t too much to ask, is it? I’m not being a horrible person for wanting to make our lives better. I just need you to sometimes… just to stop reading and whatever and to come out and join me in the real world for a little bit. I shouldn’t have to do this on my own.’ Were we still talking about paint?

I murmured an expected apology and suggested that we go and get a coffee in the little place at the end of the high street before Homebase opened. Becca smiled, sort of, and kissed me on the forehead on her way back upstairs. I glanced over at the calendar stuck on the fridge door.

Batman never had to put up with this shit.

Be the first to know when Dying Days is released