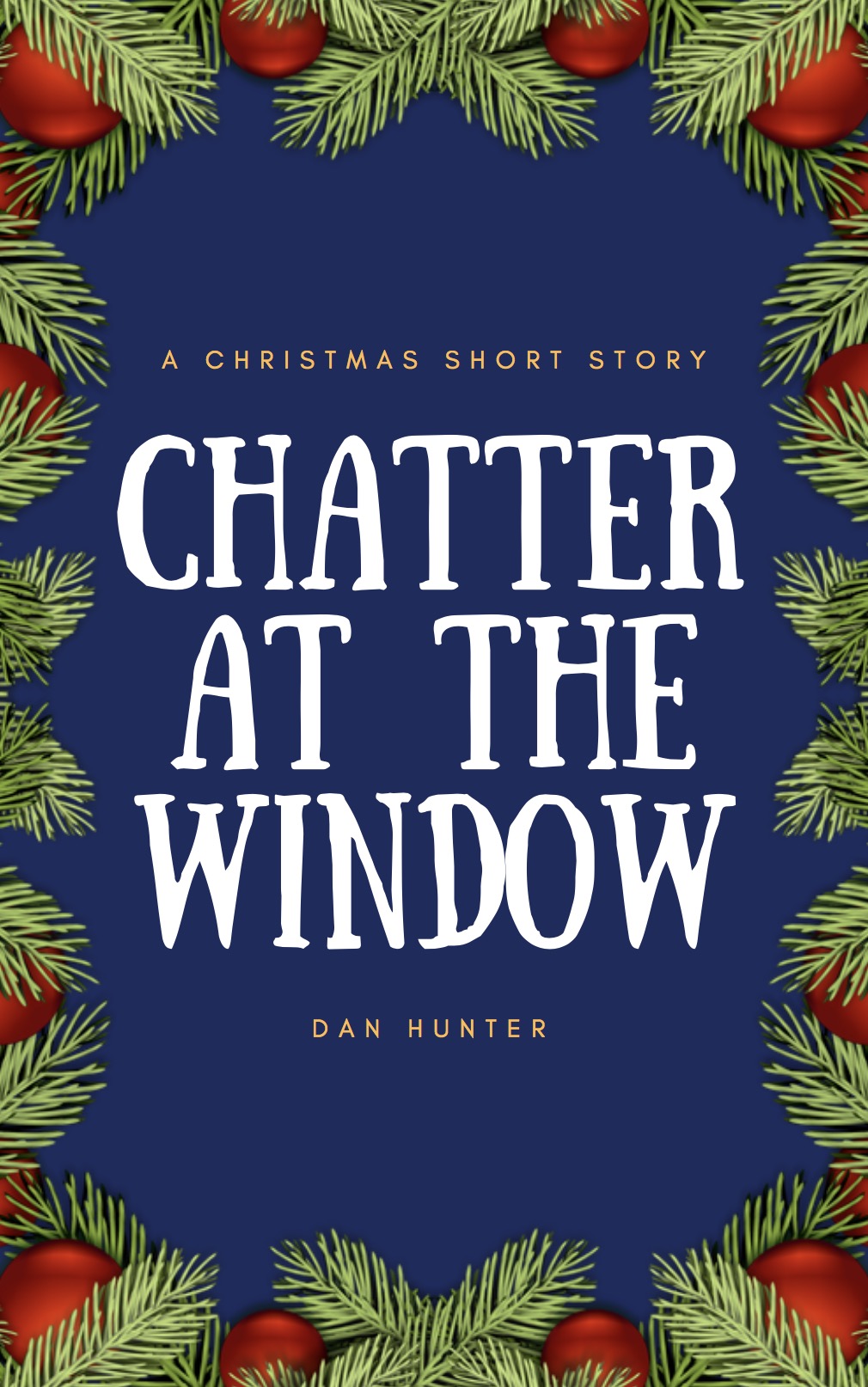 Chatter at the Window

Christmas preparations keeps us all frantic, but this year Charlotte gets a surprising new perspective on the festive season.

“Everywhere you go, it’s the same. Hustle and bustle."

Charlotte's family is having a hectic Christmas Eve Eve as they prepare for the arrival of Grandpa Hank and Nanny Lyn. But they're not the only ones busy getting ready for the festivities.

Tweet This >
"Utter festive joy. Do yourself a favour and book in an annual read."
Reader review
Tweet This

#
serieshashtag
"Utter festive joy. Do yourself a favour and book in an annual read."
Reader review
Tweet This

The curtains were already open when Charlotte awoke. Abi must have got up already. On the bottom bunk, Charlotte rolled to face the wall. Even with her back to the window’s glare, she couldn’t block out the day. Cupboards clapped shut in the kitchen. Footsteps beat hurriedly on the stairs. With the covers hunched high over her shoulders, muffled words still reached her ears through the rustling duvet.

She launched the quilt off with a kick and wrung her eyes with her palms. A distant voice still murmured on. Charlotte knelt on the bed and blinked at the advent calendar pinned within her bunk. Since the school holidays had started, she’d lost track of the days. Tracing the numbers with her finger, she counted backwards from twenty-five. The door marked twenty-three was still shut. The calendar rattled thinly as she prised back the flap. It’s Christmas Eve Eve, she thought as the chocolate split in her mouth. Grandpa Hank and Nanny Lyn were due today.

Charlotte collapsed into the dresser chair beside the window. She yanked the mirror into position, sending a splash of daylight across the room. Abi’s makeup was already arranged in an orderly line along the dresser-top. Charlotte seized a hairbrush, scattering the small pots and trays.

As she dragged the brush through her hair the clatter of kitchenware continued downstairs. From outside the bedroom, she heard the soft thud of doors opening and closing on the landing. Yet, the muttered words were coming from somewhere else entirely. She held the brush still and tried to follow the voice. It was coming from outdoors. But it couldn’t have been her grandparents. They wouldn’t stand chatting in the cold, she thought. Wondering who else would be talking outside, she leant towards the window.

Charlotte craned her neck to survey the porch. At first, the quietness of the voice made her think it was far below. But there was no one on the doorstep. The path was empty too. As the voice chattered on, she realised it wasn’t distant. It was just small. The quiet words sounded as though they were coming from right outside the glass.

Charlotte looked down. Under her nose, a tiny robin was pacing back and forth along the windowsill outside. With wide eyes, she leant towards the faint voice springing from its quivering beak.
“There aren’t enough hours in the day,” said the robin. “So much to be done. It never ends.”

Excerpt from Chatter at the Window by Dan Hunter. Copyright © Dan Hunter. All rights reserved. No part of this excerpt may be reproduced or reprinted without permission in writing from the publisher.